Beltez – A Grey Chill And A Whisper (Review) 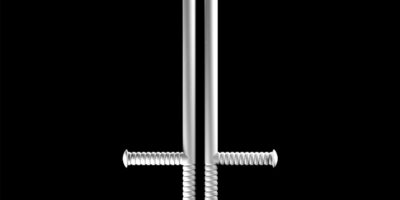 There is finally some good news to announce in 2020, as the release of A Grey Chill And A Whisper, Beltez‘ new album, is imminent. The band’s last release has received consistently positive reviews and will now have to serve as a benchmark. Especially the announced concept for the new record has attracted me and increased the anticipation. After only a few runs you are familiar with the dramatics and notice that not only the plot is exciting, but also the sound is convincing and captivating.

Already since their debut album Beltane, released in 2002, the Cologne-based combo has been making trouble in the German Black Metal underground. After a series of further releases and at the latest since 2017 with their last longplayer Exiled, Punished…Rejected, which is outstanding for me personally, Beltez have been able to play themselves into the focus of many metal fans and have turned the waiting time for the upcoming A Grey Chill And A Whisper into a pure ordeal of longing.

After being greeted with a ghostly melody from this album at the beginning, Beltez directly sweep the ear canals with a sinister beating, as one is familiar with them. Bitterly angry guitar sounds are underlaid with a lot of catchy elements and meet aggressive blastbeats and evil roaring vocals, which partly drift slightly into the crusty area and thus show a very distinctive sound. The riffing is wonderfully cold and clearly shows the influences of Scandinavian Black Metal of the 2nd wave, while the fed melodies, especially in the slower parts, also show influences from atmospheric USBM.

During the tracks, it goes properly to the point otherwise and the throttling tempo serves only to condense the atmosphere and to introduce yet more merciless blastparts dully. In general, Beltez manage to keep a good balance between different tempos and offer extremely exciting song structures, which are not completely unpredictable, but are still good for a surprise or two. For example, the band always shifts the focus of the respective instruments and offers places where either drums, guitar or atmospheric elements can put their skills into the spotlight. Despite the various influences, the album doesn’t seem overloaded or uncreative at any point. You can tell that the people from Cologne understand each other blindly, because the band knows exactly how to push their music to the limit without sinking into oversaturation or irrelevance.

A Grey Chill And A Whisper quickly turns out to be a dark work of art that, when listened to with concentration, can be absorbed and unfolds its full effect, especially in this cold and wet season. Especially the different riffings show, besides other small but distinctive elements like church bells or piano, a high recognition value and also provide enough variety to keep the listener happy.
In terms of content, however, Beltez‘ A Grey Chill And A Whisper is based on a short story by “Ulrike Serowy (Skogtatt)”, which was written especially for the band and takes the listener on an intense, gruesome, but also slightly melancholic journey, which you don’t get to hear every day in this sophisticated form and which somehow makes the album even more tangible and increases the appeal of concentrated, one-piece listening immensely.

The sound quality offers, in my eyes, no weaknesses and always makes sure that neither atmosphere nor instrumentals or even vocals have missed it and can present themselves consistently unleashed. Beltez manage to keep the balance between USBM and Scandinavian Black Metal permanently, without any of it being artificial or out of place. Even the short, precisely placed post passages do not sound as clean as many other bands of the genre and can be seamlessly combined with the otherwise rather gloomy sound of the album without making it plastic.

From November 20th, A Grey Chill And A Whisper will be available for order via AVANTGARDE MUSIC, as a wonderfully presented double LP. Those who prefer to buy the CD will also find what they are looking for on the Italian quality label. As a digital bonus material to the physical sound carriers, there is also an acoustic version of the last track “We Remember To Remember” and the already mentioned 49 minute audio book “Black Banners – A Short Story” by “Ulrike Serowy (Skogtatt)”, which is essential for the album content and is specially set to music by the band itself. The book is read by “Dan Capp (Wintherfylleth)” and “Corinne Henderson”. A really interesting project, which will surely make the purchase of the record a lot more palatable for the one or the other.

In the complete work, A Grey Chill And A Whisper seems to be a lot more mature and sounds technically a lot better than its highly praised predecessor Exiled, Punished…Rejected. In direct comparison, the various songs have lost some of their individual recognition value. So you get an album that you really have to listen to in one piece to experience the full musical variety and to enjoy the nightmarish atmosphere. With this longplayer Beltez show once more how talented they are and that there is another high class act hiding in German Black Metal, which actually has to be mentioned in one breath in the future besides more famous representatives like Ultha, Sun Worship or Ancst. A really captivating, oppressive and rigorously evil Black Metal record, which should not be missed!

Favourite Tracks:
“The City Lies In Utter Silence”
“We Remember To Remember”