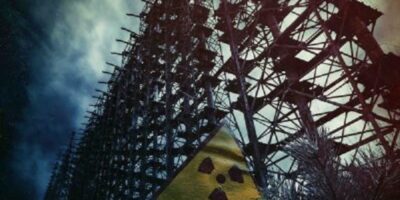 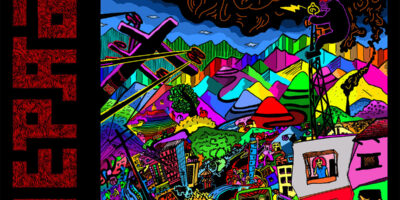 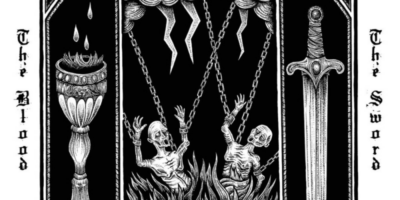 Lion’s Law – The Pain, the Blood and the Sword (Review)

In general, I probably would not have written about this album, because I read some reviews before I started writing myself. Usually, I do not read anything when I decide to write about an album. However – I was not satisfied with what I was able to read since some reviews presented this album as “not as good as expected” or “just not good”, which is why I eventually decided to write a full review. Until having started with the review for SOS, I had actually never really listened to the music by Millencolin. Not because I did not like those boys from Sweden, but only because their music never happened to find its way into my record player (I have no idea why). I am very happy about the fact that, in the end, I got to know their music (also their older albums) in order to write this review.

Millencolin is a 4-member outfit from Sweden that was formed in 1992 and still consists of the three original members (Nicola Sarcevic, Mathias Färm, Erik Ohlsson) plus their current drummer Fredrik Larzon who joined the band in 1993. The band released 8 studio albums so far with SOS marking their 9th album after their last release True Brew in 2015. Having talked to some of my friends who are more acquainted with this band, it seems as if a major share of the fanbase consistently tries to compare their releases with several of their first and most popular albums ( Life on a Plate – Pennybridge Pioneers ). I can see that several reviews also picked up this point and eventually turned out to be disappointed with what they heard. Sometimes, though, the music should be enjoyed without instantly connecting it to the style a band played before. Thus, it was quite helpful that I was not yet too familiar with Millencolin, since I first heard SOS.and listened to the older albums afterwards. Färm and Sarcevic both were included in the production process of the album. It definitely needs to be highlighted when the band itself is included in producing their music. This should be the case way more often than it actually is.

Musically speaking, this is a very strong album due to several points. First of all and most importantly it needs to be emphasized how strong and on-point Sarcevics lyrics are on the entire album. SOS kicks off with its title track in which the beginning is marked by a children’s choir, which already builds up tension for something big. This first track already presents Sarcevic as a gifted vocalist, who is able to strike the right note on a wide range. Apart from that, every single song on this album (literally every single song) has an impressively distinctive chorus that will get stuck in your mind after having listened to it just for once. This is also a majorly positive aspect on the album, combined with the catchy guitar melodies played by Ohlsson and Färm. All in all, at some points I felt back in time when listening to the album. Although this does not sound like 90s Millencolin, it nevertheless is reminiscent of 90s Pop Punk music.

It could be said that one downside on this album is that most of the songs follow a similar structure, a similar sound and might tend to be received as monotonous over time (an illness many albums suffer from). On the one hand, this is actually correct since the structure and the sound of the songs recur many times, which lets you feel as if you “heard that song already”. However, it is necessary to understand that this album does not only focus on the music (which is, by the way, very strong so why not stick to it). We also have an important focus on lyrics on this album.

With topics such as the population’s interaction with politics or their environment, the album picks up ever-contemporary aspects many bands point at. However – the way in which Millencolin contextualizes these topics shows how strongly embedded the songs are in our current situation. There is a lot of sarcasm going on, such as the shout-out not to change anything at all on “Let It Be” or just to get accustomed to the bad times on “Sour Days”. Millencolin wants to point at the fact that many people just take their spot in their comfortable safe space and live on within their bubble. Apart from that we have lyrics that then play with different understandings of the complex term “reality”, such as “Yanny and Laurel”. The title is an an allusion to an internet meme in which it was not possible to distinguish whether the speaker pronounced “Yanny” or “Laurel”. Thus, for people it is often difficult to construct reality from what they experience. There are two sides that feel the same but are different – you feel comfortable with what you have (and do nothing) or you want to fight for good things to come or stay (because of what you like).

Millencolin wants to point at the fact that people tend to remain passive and condemn other people who get politically involved – although the people who get involve actually want to reach the same thing as those who want do nothing. As an addition, “Dramatic Planet” eventually points out where those passive people actually get involved and become active. Yes – of course – only when gossip is in. Then it – is – on and people initiate processes.

Another aspect that was highlighted to be “negative” is something I want to highlight as the most positive point on this album. This thing is politically charged – as – hell. We have clear statements on so many topics. For example, the band shoots at state presidents Donald Trump and Vladimir Putin on “Trumpets and Poutine” by stating that they are only able to remain in their roles because of the many followers they have (the ones that are also adressed on the album). I really love when we have clear political statements in music – especially nowadays when it can’t be more important to have a clear cut.

To sum this up – SOS is a strong album that follows the classic structure of Punk Rock music by adding spicy and contemporary lyrics. The album is presented in a very neat production – although at some point or another it might sound a little too neat (if you wanna listen to the rougher edge of Punk). The song structures are a little repetitive, whereas the lyrics add a distinctive element to every song. If you are about to turn 30 (as I am) and wanna feel young again – listen to this album.

How about you long-term Millencolin and Pop Punk fans – did you like this album or were you not okay with what the band presented on this work? What about other people who got to know the band from this album – did you like it? Tell us in the comments (on whatever platform you want to)

Lion’s Law – The Pain, the Blood and the Sword (Review)

There are no upcoming events at this time.

Transcended Review Playlist 2019
We use cookies to ensure that we give you the best experience on our website. If you continue to use this site we will assume that you are happy with it.Ok