Gemini One – Per Aspera (Review) 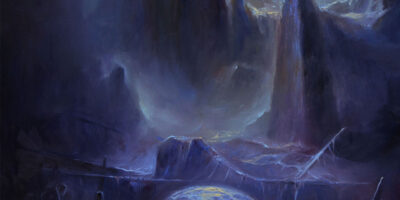 „The EP is dedicated to all the people who made sacrifices on scientific, progressive and human grounds – no matter if voluntary or non-voluntary. They are proof that something big can emerge from pain and that setbacks keep us moving. We bow to all of them, because they are the ones paving our way the way to the stars. “

This is how Gemini One‘s bassist Tobias Schmitt explains to us what their upcoming release Per Aspera is going to be about.

In a time when it seems as if scientific truth no longer belongs to the most important factors of human development, it’s an honourable premises to pay all these people respect on a musical level.

Gemini One was formed in 2009 and was active until 2012, but both of the founding members Mathias Rudolph and Tobias Schmitt got back together in 2018, re-recorded the albums Float/Levitate from 2012 (which was Mathias Rudolph‘s solo project) and S/T EP from 2009 – and produced Per Aspera as their new album.

The album opens up quite smoothly with “VCII” showcasing typical Post-Rock/Post-Metal on this release. Nicely-sounding riffs and drums give you a comfortable sign of direction into this album. Step by step the sound accelerates and the riffs grow harder, added with different sounds – it grows, it changes its ways.

Sometimes the transitions within the songs sound a little bit too harsh, the breaks feel too surprising which feels more like being torn out of the song than a sonical rollercoaster. However, most of the times Gemini One can rebuild the structures and you are again deep within the song. The opener finishes with radio voices from Houston Mission Control which positions the listener deeper within the scientific framework of the album. After those radio voices, Gemini One find their way into a slow and smooth beginning on “Primum Sanguis”. Again, the musical development of the arrangement progresses until it blooms, but it’s pretty much similar to “VCII” with a harder edge. In the end, the radio voices are again hearable, although they are willingly buried in the sound of the band.

“Per Aspera” finds a quieter start, although it feels more claustrophobic and fearful – something is happening here. Everything feels slow and more depressing – sometimes harder parts, sometimes quieter parts. The last song “Ad Astra” has a nice middle part that I liked a lot – like a floating astronaut between the stars, and then again, the NASA voices. It gave me chills. These aspects combined with the following final part is my highlight on this album. The claustrophobia that was already present on the song before is added to the ending, which makes it nicer and deeper.

What immediately came to my mind after I had read the premises of this album was We Lost the Sea‘s 2015 album Departure Songs. This album had the same premises, only that the songs are tributes to special people and the Challenger Disaster from 1986 (which they covered with original voice footage of NASA and Ronald Reagan about the incident). A good point to match these two albums – and I must say, Departure Songs is the winner in the most points of comparison. It sounds more personal, more claustrophobic, rounder and more playful. However, saying this in boxer language, it’s not a tactical KO, it’s a win by rounds. Gemini One stood their ground and I have to say that this album has its moments and qualities. Sometimes I thought of my Oh Hiroshima review and said to myself: “That’s what I meant, this kind of more aggression and playful power!” Remember, this is a two-man band. That’s the reason why I must say, fans of Post-Rock/Post-Metal should lend this band their ears for 30 minutes.