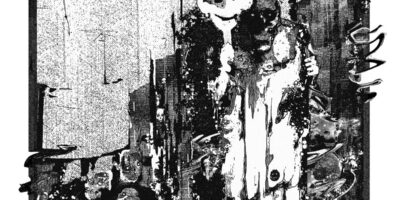 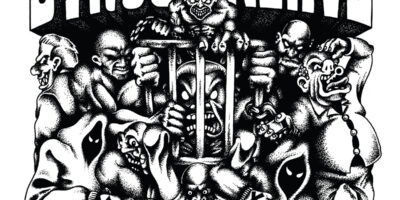 The Hirsch Effekt‘s 2017 album Eskapist was something special for me. German language, although being my mother tongue, was something I avoided in extreme music. I don‘t know why, but hearing Hardcore bands singing in German was just not for me. But then I heard „Inushuk“ and something just clicked for me. I immediately listened to the whole album and it was among my highlights of that year.

When I read the comment-sections of this album it seemed as if it was a kind of turning point for The Hirsch Effekt as well. The albums before were much more complex and chaotic. Some fans deemed that album as a let-down because it was much more accessible than the ones before.

So I took a listen to the predecessors and I must confess that I like the more-accessible stuff more than the chaotic stuff from the beginning of Hirsch Effekt‘s history. Maybe I do them injustice for not listening close enough, but they are just not my thing.

What is therefore to expect from Kollaps? A lot. Taking the three songs released before („Noja“, „Bilen“ and „Torka“) one could guess that this album would be full of surprises. Rap-parts, Rammstein-esque riffs and Post-Rock par excellance.

The whole album is a chaotic tour de force with reminiscences of different styles and bands, but still sounding like The Hirsch Effekt all the time: “Deklaration“reminds me of System of a Down with all that voice acrobatics, while the verse-riff of „Allmende“ has a Meshuggah-vibe to it, sounding like the typical 8-string Djent guitars.

There is a lot to discover in every song. But in spite of all the curveballs The Hirsch Effekt throw at you, it all makes sense. There is no chaos, just for the sake of being chaotic. Manowar would not understand, why this band is great.

“Kollaps“ and „Agera“ are two big monoliths at the end of the album. „Kollaps“ has an apocalyptic feel to it, ending with grave-deep growls and double bass, while „Agera“ serves as some kind of elogy for the soon to fall earth, including a children‘s choir.

Kollaps is an album about dark times executed in a way that leaves you puzzled and amazed. If the world hasn‘t ended until then, it will surely be on my year‘s end list.

As usual, we will add the favorite track(s) to our Transcended Review Playlist 2020.