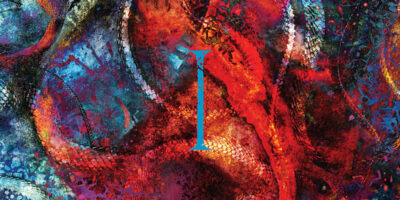 Shortly after the announcement that the heavyweight fight in backyard boxing aka in German Fastcore this year between ill! and Turtle Rage will be fought on record, I was already hooked on this top-class showdown. Both bands are well known to me and are now among my favourites in what the national genre currently has to offer. But I can anticipate one thing – no matter who you think the winner will be in the end, for bitter fans of blastbeat punk this is a must-have!

I’ll start with ill! from Münster, who I already organized in Weimar myself and would recommend live without any restrictions. Luckily, the band can also spread their energy on records with their thrashy sounding highspeed hardcore punk, which reminds of bands like NxD or MANN KACKT SICH IN DIE HOSE from the SPASTIC FANTASTIC roster, but completely inspires. The 4 rounds that are delivered are bursting with power and in their usual manner they beat down everything that has the nerve to stand in the ring and set the course for attack. Thanks to the snotty vocals and various blastbeat interludes, the songs get a light “chug a beer can” vibe, which turned out to be the individual sound of the band. With this, ill! have presented something good here and got a lot of points with good sound quality and catchy metallic riffs. In any case, a performance that is worth seeing and that makes you feel dizzy with a lot of luscious, successive uppercuts.

TURTLE RAGE, however, also underline their title ambitions and throw 5 tight, but not less fast tracks into the fight. The Berlin duo gets to the point and doesn’t beat around the bush. With brilliant drums and mangy vocals of growls and nagging, the two crack any cover and fire incessantly. Although the B-side is barely longer than Mike Tyson needed to chew an ear off, it seems as brutal as a constant hail of ungentle blows. In direct comparison to ill! the sound is much rougher, but for a rehearsal room recording it has to be emphasized positively and also absolutely fitting to the primitive beating of the capital city people. So if you need your hardcore punk more classic, without frills, but ultra-fast, I think you’ll definitely find the winner by points here.

This fight is sponsored, presented and shown by the well-known audio boxing stables HOLY GOAT RECORDS, INCREDIBLE NOISE RECORDS and RIGHTEOUSFUCK RECORDS, where you can secure your ticket for the first row, in the form of a 7″, since July 1st, in order to be able to decide at close range who you want to crown the winner. But you’d better watch out and take an umbrella with you, because here it’s raining blood, sweat and bowls of beer leftovers, while in the ring the strings and drumsticks are flying. Both bands don’t want to know anything about a technical knockout, though, as you can hear.