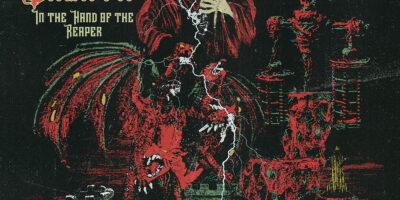 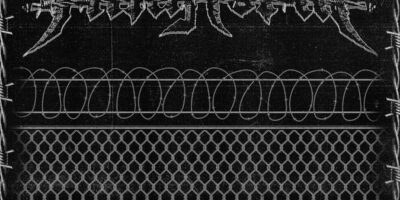 Today really felt like summer for me for the first time this year. This was not only because of the weather, though, but also because of my musical background. With War on Life I received the long awaited debut album by Polish Thrash Metal band Sanity Control in my promomails and of course I directly listened to it and I have been mercilessly addicted to the sound since then, similar to when that short-lived 2-track demo was released. Dedicated fans of dusty 80’s crossover and stomping street metal should now prick up their ears and not miss this record.

I had already discovered Sanity Control during one of my researches into the Polish Hardcore Punk scene. At that time, in the middle of 2019, there was only the demo to listen to, whose two songs already at that time inspired me quite a bit and quickly made me wish for a longplayer of the Warsaw quartet. This will finally be fulfilled with War on Life in the beginning of August, which can compensate the almost one year time of waiting with killer sound. By the way, the two highly-praised tracks of the demo, remixed and adapted to the sound of the rest of the album, made it onto the album.

The songs that Sanity Control put on this album sparkle with energy and classic Hardcore Punk charm. You can hear that the Polish people stand behind what War on Life presents with passion, heart and soul. Apart from extremely driving drumming, which focuses more on swirling and doesn’t seem overloaded at any point, I am especially enthusiastic about the dull, but by no means dull vocals. The vocals sound like a long held back now bursting out anger speech, which is clearly more to be assigned to the crossover, but gives the sound authenticity and could easily come from “real” 80s bands of this genre.

Regarding the songwriting there are, in direct comparison to the demo, no surprises, still the tracks consist of “headbang-suitable” Metal, provided with parts, to which one would like to stomp the ground 2m deeper under one’s own feet. If you’re looking for moshy parts or brutal breaks, Sanity Control is the wrong place, because you can still feel that pogo and french fries fork reign here. In my opinion it wold be possible to give more room to the concise instrumental parts and guitar solos in the future, because they set the record apart from the standard mash. Unfortunately, they are always replaced by the normal sound quite fast. You get riffs here in abundance and many of them can be burned into your memory, no matter if squeaking, buzzing, humming or sawing.

The only thing that distinguishes War on Life from the old school and makes clear that this record is not already 30-40 years old is the very well-done, massive production. Purely musically, the Poles fulfill every wish you could have for a stylistically true record of this genre and thus stir up a lot of dust, even if the one or other smaller mosh part could be a good change.

In cooperation with the well-known Polish label Selfmade Gods Records, War on Life will be released on vinyl and CD on August 7th. Fans from North America on the other hand will have the chance to get their copy through Seeing Red Records, who are also involved in the release.

Waiting for a new record, after the almost addictive demo, has clearly been worth it, because Sanity Control continue where they left off a year ago and continue to combine energetic old school crossover sounds with the massive sound of current Thrash Metal bands. So if you like Broken Bones and Excel as much as Municipal Waste or Iron Reagan, you will definitely like the War on Life LP and won’t want to put the record aside any more.