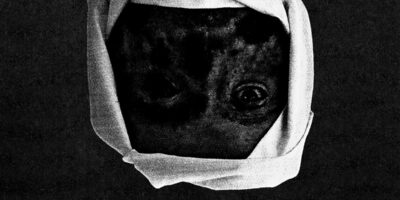 Since I’m a big fan of old Melodic Death bands like At The Gates or Edge of Sanity, I always keep my eyes and ears open to discover current bands of this genre, but unfortunately a lot of what is produced nowadays is not really of my taste. With Empyreal Sorrow from Munich, however, I came across a combo that could give me quite a bit of pleasure in this regard, even if the sound takes a much more modern line. With their debut album Praey, these guys have managed to stand out from the crowd and offer good entertainment with their 10 tracks.

Right from the first note of this album, the great sound production stands out positively, which moves the sound far away from that of the 90s bands, but thereby puts the instruments and the entire music neatly into focus. The songs clearly show that Empyreal Sorrow are very talented and above all ambitious musicians who seem to understand their craft. From fulminant blastbeat parts peppered with strong guitar playing to more modern elements and even occasional breaks, these guys deliver exciting songwriting and partially even sound quite suitable for masses, but in a pleasant way. Sometimes, Praey is a little too modern for me personally and reminds me, especially in the presented chorus passages, too much of metalcore bands. The old school metal parts, however, tear out of it and inspire with strong riffing and a lot of variety. Additionally, the combination of deep growls and nasty screeching goes down well with me and testifies to the quality of the band. In a few tracks there is even something like atmosphere, which comes across very well especially on the song “Killing Silence”.

If you want to get a physical version of the album and support the band with it, you can currently only fall back on the band’s own CD variant, but a foreseeable vinyl release should not be ruled out with the flawless production and presentation. Because as I said, I can imagine very well that the music itself appeals to a very broad spectrum and convinces. If you like melodic death metal with a slight metalcore vibe, you should definitely give Empyreal Sorrow and Praey a chance and get your own impression of the sound.

For die-hard old school Death Metal lovers Praey will still sound a bit too slick and modern to ignite in the long run, but those who like newfangled Metal will quickly find their joy in the record. If Empyreal Sorrow let the sound quality appear a bit on the rawer edge in the future and cut back the metalcore elements a bit, these genre fans should also feel addressed and convinced. Anyway, the band really has potential and could quickly make the step out of the underground and onto bigger festivals, because musically this is a very strong performance here, especially considering the fact that Praey is a debut album.