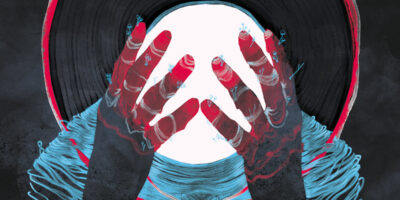 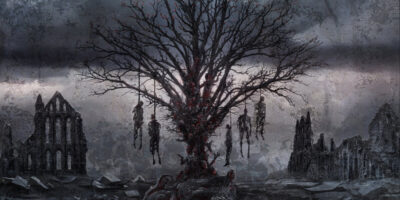 While checking Bandcamp for the first releases that labels I favor are putting out this year, I came across a couple of interesting records on Fucking Kill Records. One of them has been Deorum Mortis, the debut EP from Texas Death Metal band Paingiver. The 4 tracks the Americans serve us here are a brute thunderstorm that should taste good to every fan of Old School Death with a modern sound and a slight HC influence. For all of you who liked bands liked Kommand or Phobophilic last year, this EP might meet with great approval and enthusiasm. Here you will find the perfect music to throw chairs, let out rage and forget yourself in the flair of classic bludgeoning metal.

Already after the first run, Paingiver totally had me in the bag and since then I’ve driven the Deorum Mortis EP a few times in a row and did not want to detach myself from it, because the powerful, slightly HC-laden old school Death Metal that you get here has it all. In addition to extremely intense drumming, which hammers like punches on the listener, I especially like the heavy, distorted guitars, whose tones come across very balanced and in addition to vicious riffing are repeatedly interspersed with metallic-sounding melodies that can very quickly saw into the auditory canals. In general, the sound is very stomping and trumps with straightforward songwriting that can pack and express the aggression of the band excellent. The focus of the songs is on furious banging, which is seductively hard due to the great sound production. In order not to have the whole thing turn out too monotonous – and above all even more brutal – Paingiver have also incorporated a few well-timed midtempo passages on Deorum Mortis, which evoke downright mosh orgies and are often announced by a mutually swinging alternation between the nauseating growls and deep riffing and can then fully ignite with the help of groovy drums or the one or other dirty bassline. Thanks to the aforementioned production, these break-like parts seem particularly massive and sinister, bringing out the instruments especially well. But my personal play tip to familiarize yourself with the music of the Americans is “Tomb Of Flesh” where I like the songwriting, riffing and the stomping passages the most that seamlessly intertwine. Even if the quality is certainly not quite up to well known bands like Fuming Mouth, Gatecreeper and others, you can put Paingiver in this division of Death Metal and will be able to fully enjoy this short quarter of an hour especially when you remind the fact that Deorum Mortis is the first output of thes Americans.

On January 15th, the vinyl version of Deorum Mortis, limited to 100 copies, will be released by Fucking Kill Records and will surely be sold out quickly due to the strong sound. If you prefer the cassette, you can get one of the last copies directly from the band itself.

Paingiver are dropping some properly good stuff and deliver a promising debut with their 4-track strong record that is not a bit inferior to celebrated Mosh Death Metal bands you hyped in 2020. Already now you get really hungry for a long player to be able to deal with this demolition longer. The good thing about Deorum Mortis is the fact that the sound is likely to strike a chord with metalheads as well as fans of Metal-inspired Hardcore, especially because of its mosh parts and hard breaks. This band makes me miss live concerts even more, because for this you just want to let out all the excess energy and throw yourself through a room full of people. If Paingiver don’t shoot themselves in the foot somehow, you will have a lot of fun with this combo in the future. Remains to be seen what hate bolts the troop will serve us next . Anyway, I’m already looking forward to it!