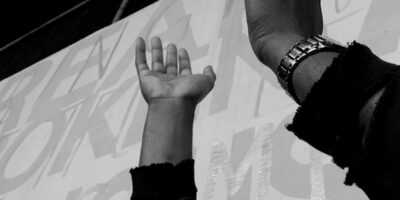 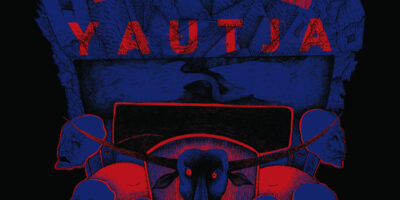 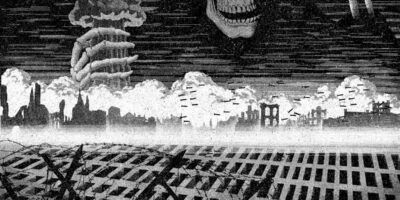 Actually, I’m not a big fan of so-called “supergroups”, but the lineup of Terminal Bliss caught my attention, since the members are all active in bands that I still occasionally listen to. In addition to PG.99‘s ‘Chris and Mike Taylor‘ on vocals and guitar, there are two City Of Caterpillar members on board, ‘Ryan Parrish‘ and ‘Adam Juresko‘, the first of whom you might know from Iron Reagan and Darkest Hour too. With their new project, however, they have moved away from Skramz and emotional Punk and dedicated themselves more to aggressive 80’s Hardcore Punk, which they can do at least as well, as the 10 minutes of the soon to be released debut album Brute Err/ata on Relapse Records prove. This might be an unfamiliar genre to attribute to these band members, but it is played with the same outstanding quality that one is already accustomed to from these musicians. However, the fact that they know how to play fast Punk actually was already extensively proven, so why shouldn’t this also be the case with raw Hardcore Punk in the same way?

Brute Err/ata contains 10 songs in ten minutes, which is already a decent announcement and taking a look at the entire course of the album, this will definitely be proven to be true. Non-stop action is fabricated on the album and thereby smashes one noisy 80’s HC punk anthem after the other at your ears. No frills but pure aggression. The guitar playing here consists of crunchy riffing with lots of feedback and distorted melodies, which represents pure worshipping of raw 80’s punk besides a very slight grunge influence. Especially when regarding the melodies some quickly stick and unfold a certain groove that you rapidly fall for despite their level of frustration. In addition, you get to deal with extremely powerful drums, which contain many whirls and can thus give the sound its final touch. There is a permanent punching and by the pressing drumming the impacts seem even more massive.

While the songwriting is pretty straightforward and drives at a high tempo almost throughout the entire release, there are a few effective stomping parts to marvel at as a little change of pace, with distinctive basslines coming to the forefront and blending seamlessly into the rest of the structure. However, this is also partly due to the strong sound production, which has just the right balance of dirty punk vibe and quality to keep the sound from being too slick, while still capturing the instrumentals superbly. The particular highlight of Terminal Bliss, though, are the outstanding raw vocals. In addition to scratchy wails that make up the bulk of the vocals, you also get to hear occasional parts where you come across some sort of spoken word vocals that occasionally change into loopy screams that fit perfectly with the brutal instrumentals. No matter if it’s a frustrated jangling, slower talking or crazy screaming, every vocal style used on Brute Err/ata sounds like punk and makes the tracks sound even more pissed off than they already do due to the noise and disturbing elements.

As already briefly touched upon at the beginning, Brute Err/ata will be released directly by Relapse Records, which is certainly because of the good contacts of the band members, but also musically absolutely justified. The official release date is February 26th. The vinyl will be offered in different color versions, some of them are already completely sold out, so if you want a physical copy of the album, don’t hesitate too long and get it before it’s too late.

With Brute Err/ata, Terminal Bliss have soundtracked a deafening tantrum of noisy Hardcore Punk and thus created an album with which you can start the new year, especially if you have not yet been able to shake off all the crap that happened in 2020. Everyone who likes to be shouted at by aggressive sound should listen in here, because the 10 minutes are totally worth it, more than satisfy every fan of the genre and bring the current mood of the world to the point!