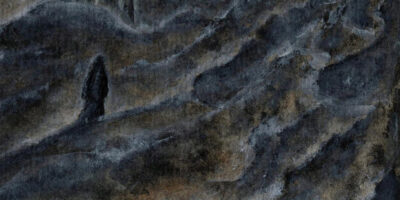 New years tend to start slow when it comes to new music. Which is nice, cause after spending December combing through all the End of Year-Lists you have some time to check out everything you’ve missed from last year, or simply to sit down and enjoy some good old classics – both of which I’ve done plenty in the past weeks, so it’s nice to finally get the first release of the new year which I’ve looked forward to: Asphyx‘ new album Necroceros!

Asphyx doesn’t need much of an introduction. They’ve been stalwarts of Death Metal since their 1991 debut The Rack, even though they’ve had somewhat of a drought in the mid 90s. After releasing their equally great sophomore record Last One on Earth in 1992, original vocalist Martin van Drunen (of Pestilence-fame) left the band. They disbanded and reformed several times, releasing 4 more records with various vocalists until what seemed like their final break-up in 2000. In 2007 though, they reformed with van Drunen on vocal duty and have been at it ever since, some say better than ever. With Necroceros being their fourth full-length since their reformation, their post-reunion history is already way more prolific than their “original” 2-album run in the early 90s, but can the new album compete with the classics?

Yes. And no. But mostly yes. There’s not much to complain about here: Asphyx still know how to write great riffs and these 10 songs are no different. Album opener “The Sole Cure is Death” makes it clear from the get-go that you are in for pure, fun Death Metal here. Songs like “Molten Black Earth” and “Three Years of Famine” are great representatives of the Death/Doom sound of this band: they never had a whole lot in common with bands like Paradise Lost or My Dying Bride, but their style of Death Metal just has a doomy vibe to it, with slow, crushing riffs at the center of their most memorable songs.

Sure, there might be a bit more Bolt Thrower-worship in here than we are used to from this band, but is that ever really a bad thing? And after all, Martin van Drunen was a touring member of Bolt Thrower in the 90s, so it’s certainly a pass. I could complain about some songs being too long – 10 songs in 51 minutes isn’t exactly short for a Death Metal band – but it’s actually the longest songs that are my favourite, as they are the doomiest. So overall, this is just good old school sounding Death Metal, so – exactly what I want from Asphyx, right?

Yes. And no. But mostly yes. If I am to nitpick something “bad” about this album, the only thing I can come up with is that I’m not sure it stands out besides the fact that it’s…a new album by an iconic band. Sure, the vocals are identifiable and so is their core sound, but we do live in a time where new bands storm the scene and week after week there’s another great Old School Death Metal record. I’m not gonna say I don’t enjoy any of these records – I do enjoy most, but it becomes harder and harder for a band to stand out among the crowd. All tracks on here are good, but I also gotta be honest: after multiple listens I can’t make out an absolute banger, a song which I wouldn’t want to miss in any Asphyx set to come. (There is gonna be a time to see live music again, right? RIGHT?)

None of this is to say that this album isn’t worth your time or that it isn’t a solid release. Honestly, it’s great! Necroceros has riffs on end and killer production, but I’m just being careful here comparing it to Asphyx‘ solid back catalogue. Only time will tell if I will put it on my platter as much as The Rack or if it’s “just” another solid Death Metal release. Make of that what you will. For now it’s definitely on repeat though!

Name: Nicho Transcended
From: Bochum (Germany)
Favorite Artists: Converge - The Dillinger Escape Plan - Opeth
Best Show: Every of the (so far) 7 Converge shows I've been to.
Besides that and most "recent": Tool at Rock Werchter 2019 - a dream come true!