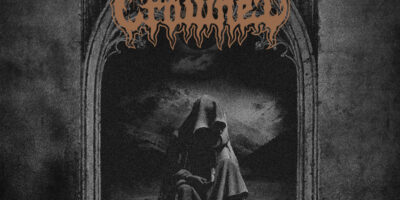 First of all: Kryptik Mutation as a Death Metal band really don’t win a bouquet of flowers for their choice of name, but fortunately such a thing is also a minor matter.

“Brevity is pain” is noticeably the mantra of their album Pulled from the Pit, which is really bursting with hard-as-nails brutality. From the silly cover, to the generic name, to the almost ridiculously sick song titles like “Brain Splatter”, “Dying to Rot” and “Sacrafice to Pulverize”, the inclined genre aficionado really finds everything his heart desires. The three mentioned songs meet the listener with the necessary wink, but without depriving themselves of their brutality. However, Kryptik Mutation also understand themselves in the matter of melodic guitar work and have four to six hands for really good riffs, as “Demons Crest” should prove. It gets really powerful with “Empires of Galactic Misery” and “Placentapede,” which serve your ears a good beating. This is fun. In addition, Nile and Watain greet in the also powerful “Tied under a Buzzsaw.”

In general, fans of the new Deicide and Suffocation will have their bright joy on this, as well as Aborted can be recognized in a less strenuous manner. The sound of the band is slightly over the top on “Pulled from the Pit,” especially regarding the drums, but nevertheless it remains undoubtedly powerful.

Overall, the album is fun, but can still only be described as very solid. It lacks originality, but has no failures to record. For a really first-class crusher, Kryptik Mutation must nevertheless develop a clear, distinct signature.