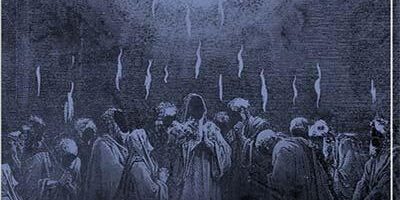 Oh come on guys, you know what’s coming next. I mean, have Slope ever deserved anything but praise? And I mean that very seriously, without wanting to suck up. Helix was already consistently spinning for me back then, while Losin’ Grip showed me that Hardcore can do so much more than most bands in the scene even think is possible.

I saw Slope live a lot, was even allowed to help out on bass once myself (that was cool), listened the shit out of every release and was accordingly more than hot for the band’s first proper album. Why not? Even before the release, with only two EP releases under their belt, they had qualified for Summer Breeze. And doing so as a German Hardcore band – make up for it first, guys.

But where did they obtain this success from, this confirmation? Quite simple: Slope make music. Real music, to which you jam, break boundaries, dare to experiment and damn it rehearse, invest time and try out ideas. Street Heat is not the result of some guys who just want to quickly record an album to immediately tour and hang out with the cool guys. There is no need for that here and this theme runs through the entire work.

Hardcore, groove, Funk, Punk; these are the nineties I like to remember. No cringy songs with a supposed wink, but music you can really devote yourself to. How many times did I wake up to the funky monkey from “Purple Me” spitting relentlessly in my head? The ending of “I’m Fine” is really unsurpassed and always makes me want to run around the apartment like a maniac. Embarrassing, sure, but once you don’t care, music has achieved its goal.

What is offered here, and from the first to the last second, is perfection. The dynamics, the energy, each part glides into the other like rivers into the sea. Slope show themselves especially strong in their instrumental moments (be it “Fluid” or the ending of “Wag The Dog“), because here parts are not just tiredly strung together, but beautifully connected. Therefore, special praise should go to Paddy, Jizzy and Flo. Especially the latter remains the best bass player of the scene for me and unflaggingly my eternal role model in the underground.

I’ll stop slipping on my slime track now and give myself Street Heat a few hundred more times.

I had very high expectations for this album and they were more than met. What more could you want?