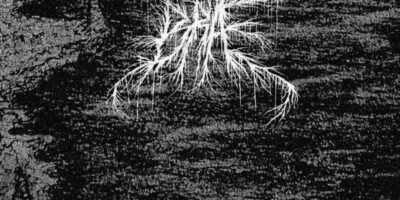 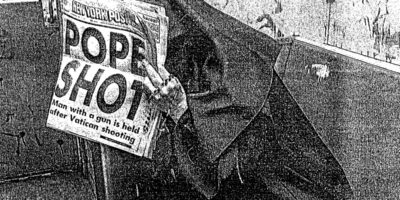 “In space no one can hear you scream…”

…but not on this evening in Bochum. There was a lot screaming in space or underneath the stars, depending on the perspective.

When I first heard that a Black Metal band would be doing a gig there I was intrigued. I had seen some shows there before, but they were the “normal” program of the Planetarium – a show for kids, a tour through our galaxy and some neat visualization of mathematical terms. I knew, that the dome of the Planetarium was capable of some cool stuff, so I was very interested in seeing how this would work out in a live concert setting.

I must admit that I haven’t heard any of Hallig’s music prior to this event. So I dove into their discography, liked what I’d heard and bought a ticket. In case you, the reader, are in the same situation as me, Hallig play a very athmospherical and sometimes feral kind of Black Metal and if you are into the kinds of Downfall of Gaia or Der Weg einer Freiheit you should definitely give them a listen.

Shortly after Rocko and I arrived at the venue, we knew, that this evening would be different. Guests were greeted and greeted each other (it is amazing how polite humans can be, if you just change the location). Another thing that followed us that evening were the announcements of the Planetarium staff. No liquids (beer) in the dome, no leaving the dome once the show has begun and more no liquids (beer) in the dome, because one might trip.

Once the lights went out and the intro began, I knew this evening would be special. The dome of the Planetarium served as a giant morphing backdrop. The sound was very clear and one of greater obstacles to climb regarding the planning of the show. There was the problem of a proper mixing without sounding muddy in the dome. But that fear didn’t come true, every instrument and the two singers were mixed greatly, so the band could concentrate on playing a good show and not get distracted by technical issues.

The projections were fitting most of the time. The firmament, going through vines and fire, looked great combined with Hallig‘s music. However, some of the projections looked like the visualisations of the good old “Windows Media Player” and not fitting to the music. But on the whole, the good projections overweighted the bad. It was really an immersive experience.

Once back on earth, to use a corny metaphor, there was really some kind of “arrival” feeling. The fact, that you couldn’t leave the concert due to the lighting of the Planetarium and safety issues, got you in the situation of full commitment to the show: you had to spent round about 65 minutes of your time.

On the whole I would say, that this was a successful experiment. I am eager to see, which band will follow Hallig in playing the plantarium.