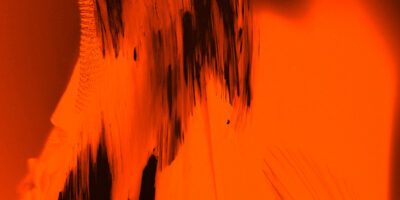 A hook can be used on several occasions. It can be used by fishermen to catch a fish or by a boxer to knock out the opponent. In a musical environment, a hook can be both at the same time: it hits your ear and pulls you along.

“I’m going to have a hook on every song before I leave the studio.”

Those words by Raised Fist frontman Alle Hagman couldn’t describe the new album Anthems any better. This album marks a fresh start to the already long-lasting career of the Swedish Hardcore / Punk outfit. More variety, more punch to all instruments and most importantly: more hooks to the songs.

The problem with long-lasting bands is that they tend to feel too comfortable in their skin and do the same thing / album over and over again, until they close their career with a best of-show of the first albums, released decades ago. Like the aforementioned boxer, though, Raised Fist changed their style and still deliver blow after blow to keep it interesting.

On this album, Raised Fist wanted to keep it short and simple. They limited their output of this release to ten songs and in hindsight that was a very good idea. Every song gets more air to breathe and has more time to shine among the others.

“Anthem” for example is a song that is built to set the crowd in motion, may it be in a small club or at a festival: tongue in cheek lyrics (“I know this breakdown is coming way too late”) and an irresistible groove.

“Into this world” stands in the center of the album. The lead single of the album and the longest song Raised Fist released to this day. If someone wanted to show you what Anthems is all about, that would be the song to start with.

As mentioned above, every single song has that one moment, that hook, that anchors it in your memory. Personal favorites are “Anthem“, „Seventh“ and „Unsinkable II“ (a nice link to the previous albums).

Anthems surely is a step forward for Raised Fist, an album that provides 10 rounds of hooky Punk / Hardcore songs and will surprise old and attract new fans as well.