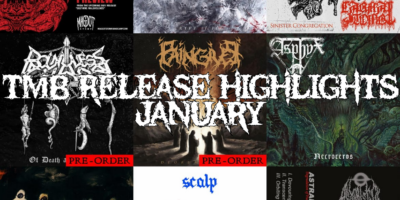 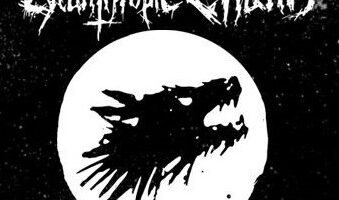 Shakers – I Need You to Know

Remember what made you fall in love with Touche Amoré?

Sick as fuck and nasty Death Metal coming from the vaults of Maggot Stomp that grooves its way through slam-driven caverns.

A horror franchise that won’t let you down.

Although the music is already available, Everlasting Spew is going to release a decent Jewel Case CD version of this album. Get another dose of fine cavernous Old School Death Metal coming from Israel.

I am always interested in Extreme Metal that has symphonic and orchestral elements. The first 2 singles sounded really promising, so the ne Helioss should be no exception.

I am really looking forward to this release since I enjoyed Psychedelic Rocker’s Elder last two records a lot (and I still do, of course)!

Open the Vendetta Records catalogue – close your eyes – spit at your monitor and listen to whatever you hit – and be sure it’s gonna be a damn good release. Vendetta Records currently tends to become one of my all-time favorite labels – it’s damn difficult to find any bad release.

There is something extremely arcane about the label Consouling Sounds and its releases – most probably because the entire surrounding of Amenra and the Church of Ra is connected to it. Hence – listening into any of their releases is always mandatory – same goes for Ulveblod’s upcoming debut release that is already presented in a wild and untamed Black Metal sound.