Wayfarer – A Romance With Violence (Review) 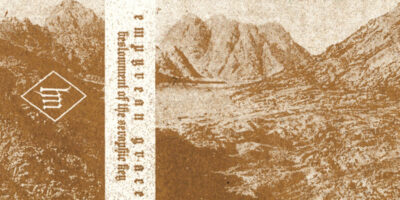 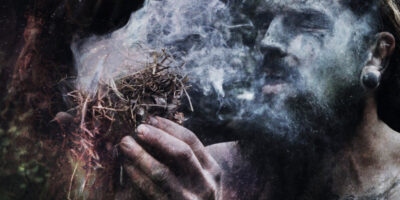 After the last record World’s Blood by Wayfarer has already captivated me for weeks, the new album A Romance With Violence was probably one of the records that I have been most looking forward to this year. The presented mixture of Black Metal and American history, in this case a Western theme, has simply done it to me and animated me only by musical aspects to read books in this direction again. When music becomes inspiration, that’s always something special, but can the successor, released in October, keep up and possibly raise the bar a bit higher?

The quartet from Colorado has inspired the metal underground already since their demo from 2012 and meanwhile puts out the 4th album already with A Romance With Violence, for which in each case a 2 year rhythm is taken for songwriting, as one can prove meanwhile statistically. The Black Metal that the band around Blood Incantation drummer “Isaac Faulk” presents puts a lot of emphasis on detail and can conjure up an inimitable atmosphere.

Basically, the sounds of Wayfarer are built around quite melodic black metal, which is filled with tons of catchy melodies and yet feeds in just the right amount of aggression and heaviness. In general, the guitar playing here is very technically adept and presents itself fully versatile. However, also quiet passages, which contribute to the densification of the atmosphere, are not shied away from. In A Romance With Violence you even get to deal with influences from post-punk, which perfectly tie in with the metal sound and once again reinforce the quality of the band. The dark touch that the music already brings with it gets a new touch and seems partly dystopian or apocalyptic, without leaving the paths of American history. By the saloon-like intro track, you are already prepared for the wild western ride, which is offered on this album. But also in the black metal parts, musical allusions to this theme are hidden again and again.

Something else that instantly struck me positively is the use of epic clean vocals, which are again more to the post punk, but provide for immensely good variety. Through the strong production, the setting unfolds completely and invites you to dream and dive, where you can completely engage with the instruments and neither quiet, nor fast passages seem out of place.

The drumming is also big time and shows its strength especially in the various tempo changes, which each time seamlessly merge into each other and at no point seem stagnant. Quite the opposite, for example, when the tempo switches from slow to fast, the intensity is increased by the drums and sometimes seems really explosive. Through the sinister growls, which are offered next to the clean vocals, the black metal part comes through sufficiently and thus brute-izes the sound completely and gives it the final touch. A Romance With Violence becomes a record that you can’t get tired of listening to and where you keep discovering new elements and influences that make the whole thing even more suitable for long-playing.

For me, this is the best album Wayfarer have released so far and I can hardly imagine how they want to top that in, probably two years, but of course I’m happy to be positively surprised. For me, this disc definitely has the potential to become a milestone in USBM history, both musically and in terms of content.

Since October 16, this Western movie set to music is available and, in addition to digital form, also as a CD or vinyl version via Profound Lore Records. Whoever is into the theme and / or high-quality Black Metal can access blindly and should rather listen to A Romance With Violence directly in an analog way to have the whole charm at once.

In terms of black metal, A Romance With Violence is definitely one of my crystal clear favorites for the album of the year. Not only because of the fusion of Western and Black Metal but mainly because of its excellent combination of so many elements without being chaotic or overloaded, which gives the record an unmistakable character and reinforces the long-lasting and catchy factor. Wayfarer sounds like the gritty offshoot of Red Dead Redemption, but comes with literally no bugs and tons of playing time. As a black metal fan, A Romance With Violence should definitely be listened to and on your radar this year!