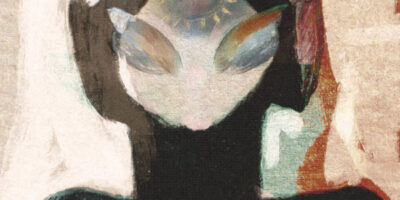 Bring Me The Horizon – Music to listen to~dance to~[…] (Review) 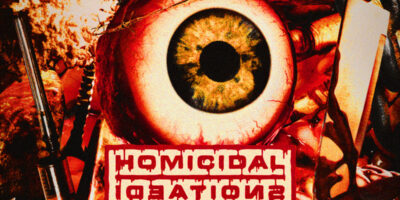 Oh man, what have I been waiting for this album. All previous EPs and splits by these Californians of World Peace were already great and also the two pre-release songs of the debut long player Come And See were convincing and increased the anticipation of the whole LP. A record like an proclamation, because none of the tracks has a playing time of more than one minute. The trio fires 20 bursts of fury at you to which you better buckle up and which you should not miss as a fan of Powerviolence in any case.

Already after a few bars it is clear what you are going to face on this album, because the aggressiveness is literally tangible and knows no stopping after its tight, groovy start and fires from all holes without a pause, without mercy and especially without flourishes. World Peace promote almost rabid-sounding Powerviolence on the day, which, as you would imagine based on the genre, really rages from the first to the last second and bludgeons everything to bits and pieces that is not deeply anchored in the ground.

There is no guitar playing on Come And See, but this is not necessary at all, because the bass playing presents an insane performance and causes a furor with its dirty high-speed shredding and thus makes the 6-string quickly forgotten anyway. The bass tone is outstanding, plants itself directly in the head and ensures that the brutality of the record is unparalleled. All the better that you are thrown back to the ground again and again by various noisy-sounding, pith-penetrating feedbacks. In addition, there are shrill roars and angry barking, which makes you feel as if you would be spat at by these tirades of hate.

The drumming does not need to hide and seems no less aggressive, whereby especially the dull, almost permanently blasting bass drum is in the foreground and is particularly hard. In the few, but expressive downtempo parts, on the other hand, the clashing cymbal play inspires, which appropriately heralds the recurring furious musical brawls or finishes them. On top of that, the production of Come And See is top notch and lets the sound shoot out of the speakers more than powerfully, which is not always the case regarding Powerviolence, but it suits the fast-paced outpouring extremely well. No wonder that the 20 songs can show no more than 10 minutes total length, which is absolutely enough to really kick the listener’s ass.

Come And See has been available since March 12 on the American label Twelve Gauge Records and serves fans of vinyl and tape alike, whereby the limitation of the audio cassette is at 100 pieces and should certainly be sold-out immediately. This is why you should definitely go ahead, because you will be more than annoyed if you miss this record by waiting too long. 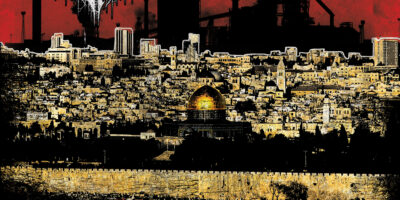