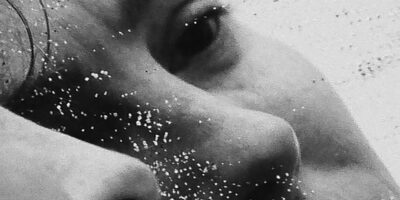 Marilyn Manson were my first, real favorite band. Their album Mechanical Animals was a gateway album for me which paved the way for many releases to come. I got captivated by the aura, the lyrics, the artwork and the music, of course. Marilyn Manson achieved something only a few bands are capable of, creating a trilogy that stands the test of time. The trilogy I am talking about is Antichrist Superstar, Mechanical Animals and Holy Wood. Those three albums encapsulate what is awesome about Marilyn Manson.

I lost track after Eat me, drink me. That was the last album I really listened to. It was a departure from the Industrial tinged The golden Age of Grotesque and was heavily influenced by the broken relationship between Marilyn Manson (singer) and his ex-wife. It was a moody affair with some good songs on it, but he sounded worn off and the lyrics were just not my “topic”. Although Marilyn Manson released four albums afterwards, I never could get myself to listen to them. I think my relationship with this band just ended and I moved on.

Now with We are Chaos I decided to take a look, respective ear, to see how my old love is doing. The news, that Shooter Jennings, a known country singer, would take helm with Manson on the producing-front, got me interested. Now that Marilyn Manson more seems like a collective around the singer Marilyn Manson instead of a „real“ band, those decisions keep things fresh and interesting. Jennings‘ influence can be heard on tracks like „HALF-WAY AND ONE STEP FORWARD“ or the title track.

The lead single “WE ARE CHAOS” sounded like The Killers trying to write the opening theme of a Gothic-version of „Who wants to marry my son“. I wasn’t hooked by it, but I have to admit, it sticks to your ears for days. Marilyn Manson changed their musical direction more than once. We are Chaos is no exception.

Another tradition in the Manson-Camp is citing oneself on regular basis. „PERFUME“ for example sounds like it was taken from The golden Age of Grotesque. Stomping beats, word-play, will definitely work out live, if there will be live-shows ever again. The beginning of „KEEP MY HEAD TOGETHER“ sounds like a Mechanical Animals track.

„RED BLACK AND BLUE“ opens this album and it is a great start. Starting with distorted sounds and speeches the song unfolds from a brooding verse to an explosive chorus. „DON‘T CHASE THE DEAD“ walks knee deep in synth-laden Goth-Rock, which suits Marilyn Manson excellent. Let’s face it, when you are over 50, something trying to copy Antichrist Superstar would sound very odd and out of place. This kind of songs fit Marilyn Manson best in this state of his career (just my humble opinion).

The album closes with „SOLVE COAGULA“ and „BROKEN NEEDLE“, two songs that encapsulate what Marilyn Manson can do best now: write good Rock-Songs without the pressed shock appeal. We are Chaos is a good record and a good re-entry for people like me into the ever changing mystery that is Marilyn Manson.