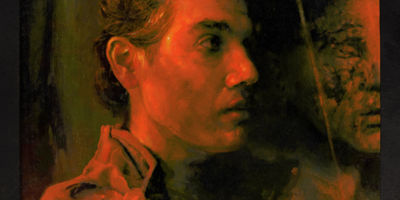 Take two genres that cause unease, in this case Black Metal and Death Metal, put them in a grinder (fits musically and figuratively) and you get an album that causes GREAT unease.

The Ailing Facade may be Aeviterne‘s debut album, but the band has been in existence since 2015. Their debut EP Sireless was released in 2018 and since then they have been refining their sound which now culminated in this blackened chunk.

The title track definitely sticks out, on the one hand, it is an instrumental and on the other hand it is some kind of “Ruhepol” (quiet pole) as we say in German, although there is also blasting and heavy riffs.

Every once in a while, Aeviterne catch the listener off guard, when the constant pummeling is interrupted by a sudden melody or sound effects that make you wonder “Where did that come from?” (the rattling or however you want to call it in “The Gaunt Sky” is a fitting example for that).

Melody is, as strange as it sounds regarding a heavy as anything record like this, a key element here. In every track there is this one moment, when between all the blackness and aggressiveness a stroke of dark color comes into play an heaves the track on to yet another level of awesome. A prime example for this is “Still the Hollow’s Sway“.

The album closer “Dream in Lies” is by far my favorite on this album. 9,5 minutes of getting dragged into a dark maelstrom till there is nothing left of anybody. Like mentioned before, the melodies under the onslaught are the aspect that make this song outstanding.

The Ailing Facade is a gift for anyone who likes complex, dark and very heavy music. Take 51 minutes of your time and get lost in bleakness while the upcoming spring blossoms around you.